May 1 – July 6, 2018
We are honored to welcome a talented family of artists from upstate New York to our office gallery in Berkeley. Hongnian Zhang, his wife Lois Woolley, and his daughter Renee Zhang, all accomplished artists in their own right, find their way to us through a nearly forty-year-old connection with our founding partner Kate Campbell.

Forty years ago Kate traveled to Beijing, China as a foreign exchange language student. There she met a local artist, who welcomed her into his family, his life and his art. Zhang Hongnian was a renowned national painter in the 1980s, having been the youngest artist ever to be appointed to the Beijing Art Academy (1974) and the youngest artist to be elected to the All China Artists Association (1979). But, as a specialist in Western-style oil painting, his desire was to move to the United States to broaden his knowledge of Western art. Along with a classmate, and their families and friends, Kate arranged for Hongnian to travel to the US where he has lived and thrived as an artist ever since. Kate remains close friends with Hongnian and his wife Lois and his daughter Renee and her family.

This is an exhibit about the path of an artist who moved from China to build a life in the United States and what blossomed here for him and his family. It is also an exhibit about deep personal connections and is close to the hearts of those at North Berkeley.

Hongnian Zhang is an award-winning Chinese American oil painter who works in the Western academic tradition.

Growing up in China, Zhang Hongnian became accomplished in art at a young age. He was one of the top students at the highly selective and prestigious Central Art Academy’s Affiliated High School in Beijing. The instruction there was rigorous, paving the road for his future success. Unfortunately, the Cultural Revolution broke out and temporarily forestalled his art career. In 1970, Zhang and his classmates were sent to a forced labor camp in the remote countryside. He labored there for 4 years and creating art was prohibited.

In 1974, Hongnian returned to Beijing and soon became a rising star. As the youngest artist ever to be appointed to the Beijing Art Academy, he created large-scale oil paintings that caught the public’s attention and heart. His innovative oils helped develop “Scar Art”, an important artistic movement in China that examined the painful memories of the Cultural Revolution. Two of his “Scar Art” paintings, No!, and We Were Young Then, were acquired by China’s National Art Museum for their permanent collection. In 1979 he was elected to the All China Artists Association. He was the youngest artist at that time to have achieved the honor. In 1984, his painting, Preparing For Winter, one of the first oil paintings depicting Tibetan life, won the Bronze Medal. It was also acquired by the National Art Museum for their permanent collection. At the same time, Hongnian was accepted to the extremely selective Central Art Academy’s Master Degree program.

The following year, Zhang came to the United States to broaden his knowledge of Western art. In 1986, he was one of the five artists in New York’s Grand Central Art Galleries show, “Realism from China.” This ground-breaking exhibit introduced Chinese oil painting and sculpture to the Western world. Art News and CBS were among the media groups acknowledging the show with interviews and favorable reviews. Hongnian continued exploring Tibetan pastoral themes with his 1988 solo show, also at Grand Central.

In 1991, Hongnian moved to Woodstock, New York and continued creating realistic works. He expanded his subject matter to include Chinese and American historical paintings, and eventually contemporary American life. Several of his large-scale epic paintings on Chinese history have been featured in National Geographic Magazine. Four of these paintings were purchased by the National Geographic Society for their permanent collection.

Works by this Hongnian Zhang have been exhibited and acquired by museums, galleries, corporations and private collectors across the globe.

For more information and to see additional work from Hongnian Zhang, visit zhanghongnian.com »

Lois Woolley is an award-winning painter who specializes in portraiture. She approaches every commission with warmth and sensitivity. She paints each person with the goal of revealing the things they like best about themselves. Her style combines traditional realism with rich, impressionistic color.

Lois’s passion for art and portraiture began during her childhood, which was spent near Washington, DC. Her family encouraged her talent with frequent visits to the city’s art museums, and summer classes at the Corcoran Gallery. Lois moved to New York when she was eighteen to continue her education at the Art Students League. She has studied with Robert Beverly Hale, Robert Brackman, Daniel Greene, David Leffel, and Hongnian Zhang. These teachers have had the greatest influence on the development of her talent and style. In 2000, she co-authored The Yin-Yang of Painting, which presents Zhang’s color theory, palette and methods.

Lois’s public portrait commissions include a Harvard dean and an executive of the Hospital Workers Union. Her work has been featured in New Art International, Northlight’s Pure Color: The Best of Pastel, The Pastel Journal, and Hudson Valley Magazine. Honors include awards from the Pastel Society of America, the American Artists Professional League, The Woodstock Artist Museum, and the Portrait Society of America (best portfolio 2004). She works primarily in oil and pastel, and the majority of her paintings are held in private collections.

For more information and to see additional work from Lois Woolley, visit loiswoolley.com » 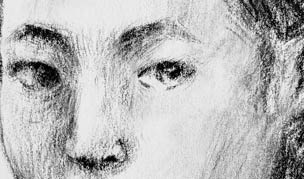 Renee Zhang grew up in an artistic family which made it easy for her to appreciate various forms of art from an early age. She moved to the United States from China at the age of ten and later resided in the artistic community of Woodstock, NY. She studied art all through her school years with family and artists who were family friends but ended up choosing a different path in the early part of her life.

Renee worked in a law office after college and later attended Thunderbird in Arizona where she received her MBA. Creating art was resticted to the weekends but remained an important escape.

She moved back to China with her husband for a marketing job and worked in the lively metropolis of Shanghai. Their busy lives left little time for art. But that was about to change. Renee returned to Upstate New York after she became a mom. A slower paced life surrounded by beautiful nature woke up her artistic instincts. Now she strives to create everyday.

Renee finds creating art both calming and energizing. For her, it is like being reconnected with a long lost friend.